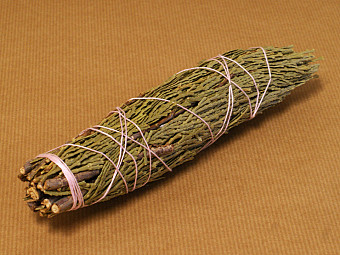 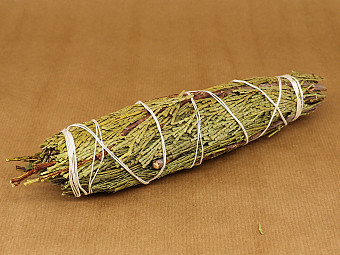 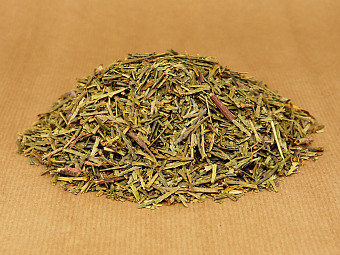 Calocedrus decurrens (syn. Libocedrus decurrens, California Incense Cedar) belongs to the Cupressaceae (Cypress family) and is native to western North America, with the bulk of the range in the United States, from central western Oregon through most of California and the extreme west of Nevada, and also a short distance into northwest Mexico in northern Baja California. Incense Cedar is cultivated widely as an ornamental tree both within its natural range and as an introduced species. The tree grows well in western and central Europe and in the Eastern United States as far north as Massachusetts. It is a large tree, typically reaching heights of 40-60 meter and a trunk diameter of up to 3 meter (maxima, 69 meter tall and 3.9 meter diameter), and with a broad conic crown of spreading branches. The leaves are bright green on both sides of the shoots, and the cones 2-2.5 cm long. It is by far the most widely-known species in the genus, and is often simply called "Incense Cedar" without the regional qualifier.